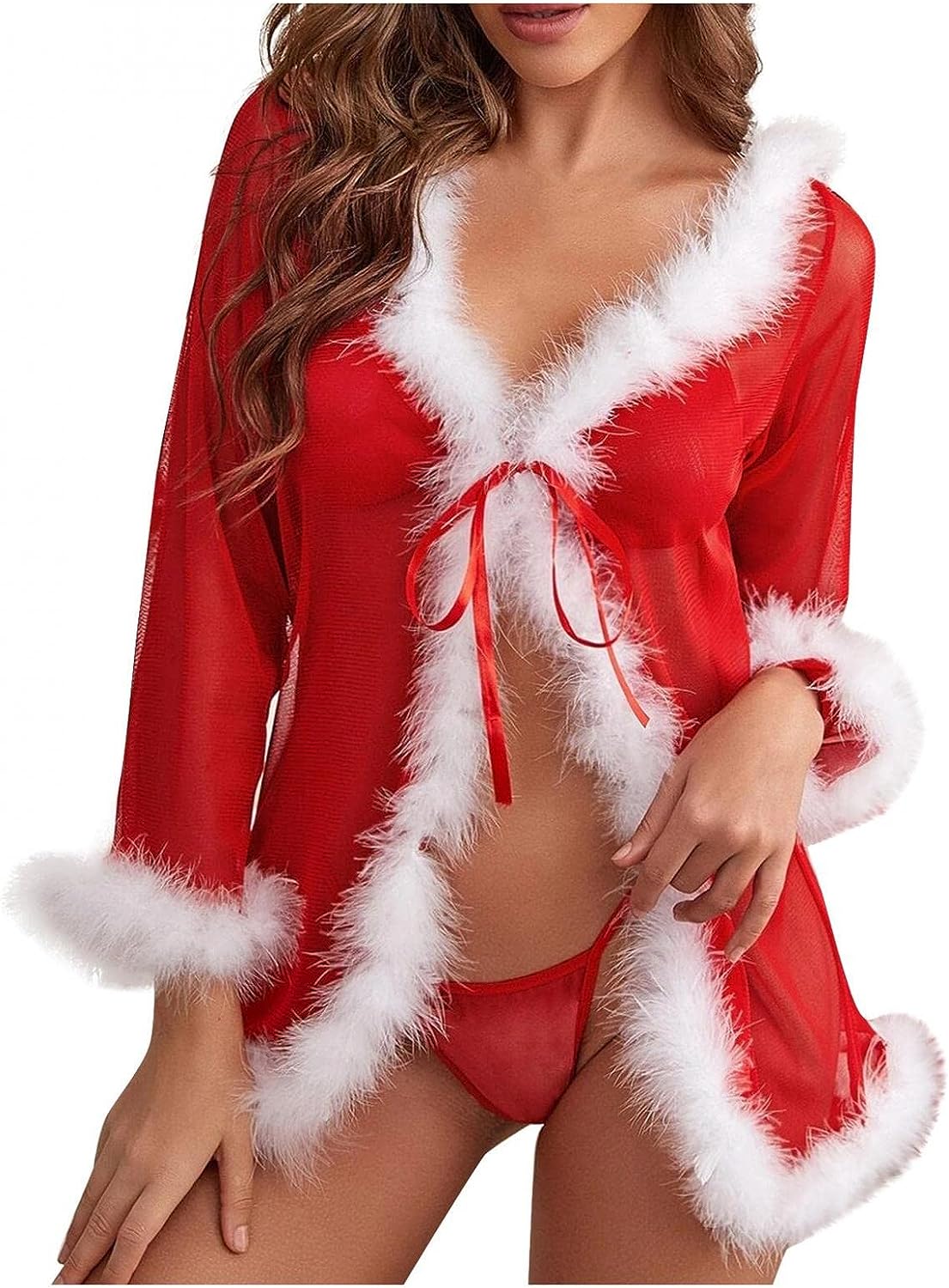 This Christmas nightdress is very interesting,Soft and breathable fabric with a fluffy finish
The design of the openwork and open back is very sexy and attracts his attention.
The Christmas costume will make your holiday more joyful, give it to friends or lovers, and bring happiness to you.
The model is 175 cm tall, 94 cm in bust, 68 cm in waist and 95 cm in hip. She wears M code ，You can refer to our size chart when purchasing.

Different screen have slight chromatic aberration. Don't mind.It is recommended to wash by hand with water temperature of about 30 degrees.