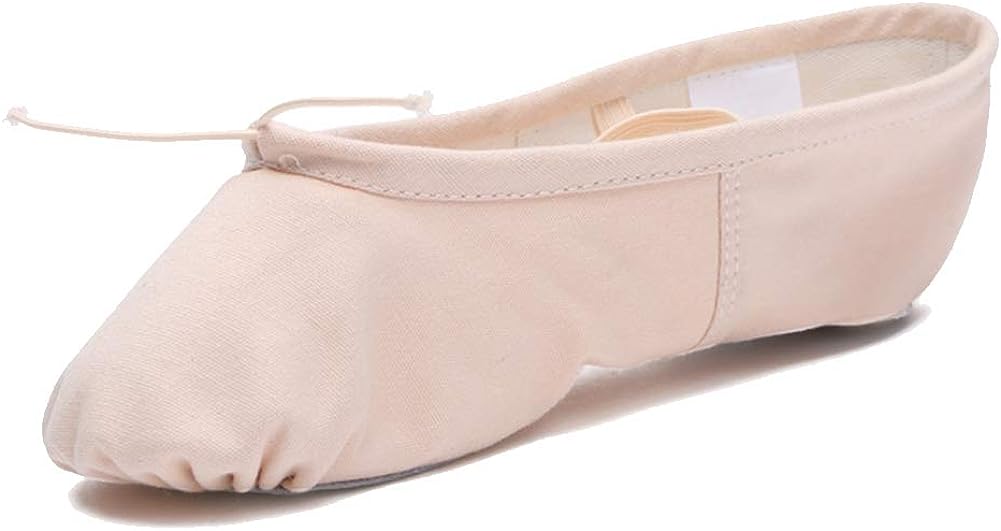 "li" GUARANTEE: If you are not satisfied with the quality, please contact us at any time. Please leave messages if you have any questions. We will reply to you within 24 hours and offer you the best service.

Ballet shoes are suitable for dance / yoga / gymnastics.
Canvas ballet flats with breathable, soft, non-slip and resistant split sole, adapted to the whole year. Ballet shoes with split sole which is ideal for beginners of children or adults.
Not machine washable.
Elastic dance shoes.
ATTENTION: Size of Ballet dance shoes is usually smaller than normal street shoes, so BETTER TO ORDER ONE SIZE UP. ALSO DON'T FORGET to choose an extra size for wide feet or high instep. LAST what you might need to notice, please choose the right size based on the length of your feet.